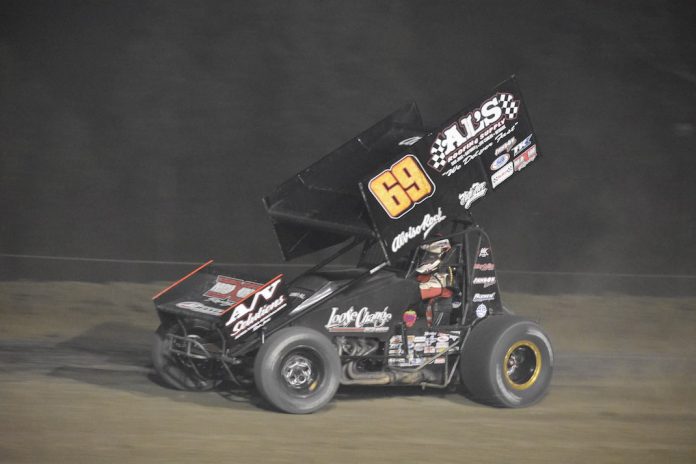 Kaeding Is Hanford King Of Thunder

HANFORD, Calif. — Bud Kaeding has earned many accolades during his roughly 20-year driving career. But it would be Faccinto who would quickly recover and lead the first lap. The race would go seven circuits before a single-car spin in the fourth turn would slow the field. After a restart and three laps later, the track would go yellow for a Ben Worth spin the fourth turn. The yellow track lights would come on again on lap 13 for a single-car spin in the first turn. It was under yellow that leader Faccinto had an issue and was sent spinning. Kaeding was moved back to the top spot due to the last completed lap rule while Becker was sent to the rear of the field. Netto had his car completely sideways in the second turn with six laps remaining.