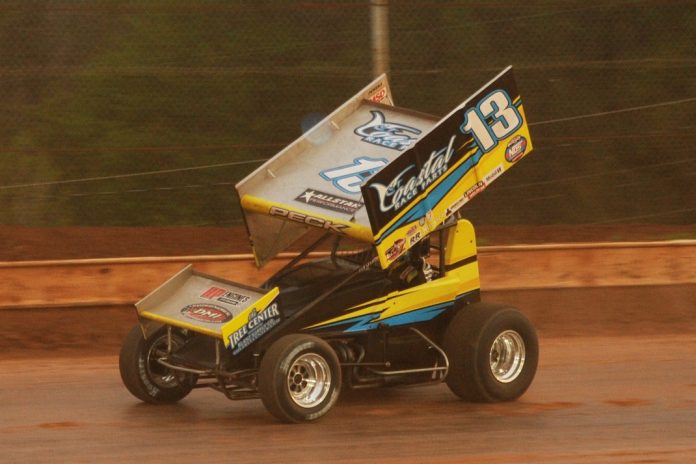 Justin Peck Is Sharon All Star

HARTFORD, Ohio — Justin Peck continued his early season hot streak with his second FloRacing All Star Circuit of Champions presented by Mobil 1 victory of the season in Saturay’s Buckeye Cup at Sharon Speedway. Working the very edge of Sharon Speedway’s smooth, but slick racing surface, Peck set the early tone, using his front row starting position to jump to an early advantage over Hunter Schuerenberg, Duncan, Blaney and Madsen. With Duncan working the middle and Blaney working the bottom, the duo finally caught the tail tank of Peck by lap 16, now with no lappers between them and all separated by less than a second. By lap 22, Peck had pushed his gap to three lappers between himself and Duncan.