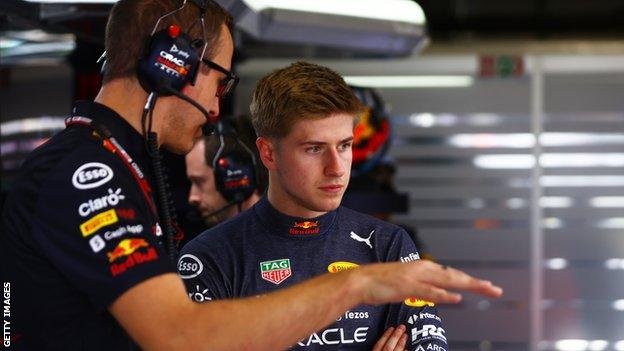 Red Bull have terminated the contract of their test and reserve driver Juri Vips after he used offensive language in an online gaming stream. Red Bull suspended the 21-year-old Estonian last week after used a racist slur in a live-streamed game he was playing with fellow junior Liam Lawson. Red Bull had said there was a “full investigation into the incident”. Vips, who drove for Red Bull in first practice at the Spanish Grand Prix last month, had issued an apology via Instagram shortly after the incident, describing his language as “entirely unacceptable” and saying that he “deeply regretted” his actions. Vips is seventh in this year’s Formula 2 championship with Hitech Grand Prix, for whom he was racing with Red Bull backing.