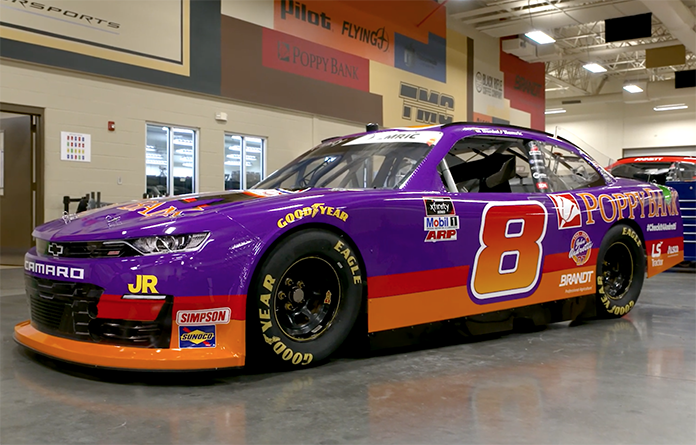 MOORESVILLE, N.C. – JR Motorsports and driver Daniel Hemric will honor the late John Andretti during the upcoming NASCAR Xfinity Series race at Darlington Raceway on Sept. 5. Poppy Bank Chevrolet will pay tribute to Andretti the car he drove during the 1995-96 NASCAR Cup Series seasons for team owner Michael Kranefuss. Andretti was a two-time NASCAR Cup Series winner, a Rolex 24 champion and an Indy car winner. However, Andretti’s lasting impact comes from what he did off of the track. Diagnosed with Stage 4 colon cancer in April of 2017, Andretti decided to use his voice and platform to launch the #Checkit4Andrettti campaign in an effort to urge people to visit a doctor and get a colonoscopy regardless of their age.