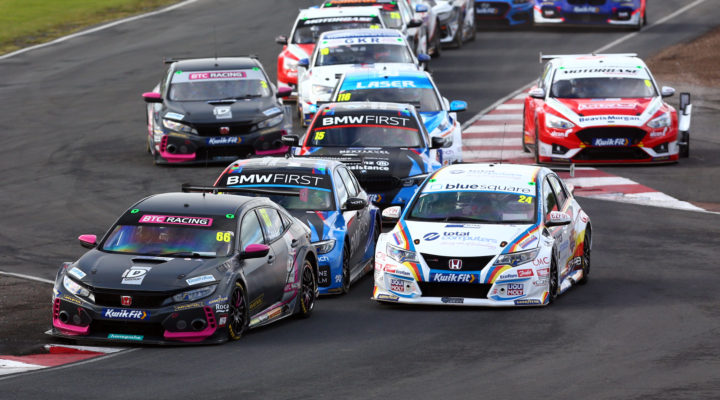 JOSH COOK AT THE DOUBLE AS TITLE CONTENDERS HIT TROUBLE

BTC Racing’s Josh Cook claimed a commanding double win, before Toyota star Tom Ingram took victory in the final contest, as a number of title contenders hit trouble during an extraordinary day of Kwik Fit British Touring Car Championship action at Croft. Cook was then deservedly awarded the race two win amid a frenetic encounter. We led every lap in race one, P1 and the fastest lap too. Then we had another really good race with maximum ballast in the next one. From starting back in Darlington this morning, to finishing race three with a win, and I’m so, so happy. I think I used nine lives in one go in the opening laps of race one and race two was a great result for me too – it was a really hard, fair race. Race 1:
Rory Butcher was penalised by the addition of 2 seconds to his overall race time for gaining an unfair advantage during an incident with Ash Sutton.