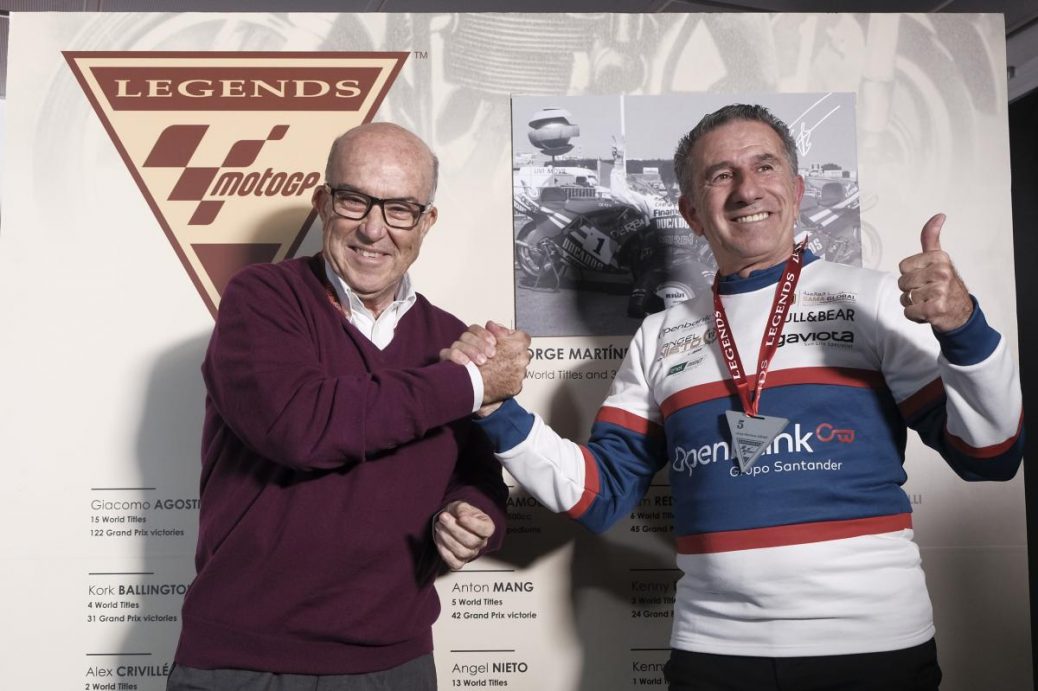 It was announced on the 40th anniversary of his first ever race and now it’s a reality: Jorge Martinez ‘Aspar’ is a MotoGP™ Legend.
“Jorge has been something very, very important for motorcycling and is a Legend not only for his titles in two categories but also because he has been with the Championship since the beginning, he has created very successful teams, he has been several times World Champion with his riders, and he always has maintained his passion to make motorcycling part of his life.”
“It’s a big honour to us to have Jorge as a MotoGP Legend.”