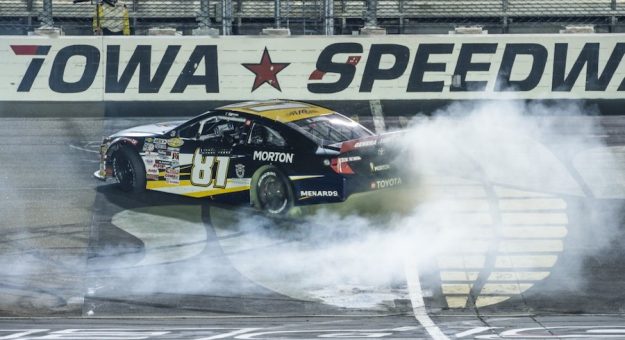 Jones Waits Out The Rain In Iowa

NEWTON, Iowa — Brandon Jones had to wait out a three-hour weather delay and battle through a handful of challenges from the likes of Sammy Smith and Jesse Love. Jones, the NASCAR Xfinity Series regular, used a long run at the end of the 150-lap race on the .875-mile paved oval to overtake Smith and cruise to the victory in a fashion that was similar to his ARCA Menards Series win at Charlotte Motor Speedway two weeks ago. Jones, now has a pair of wins in his two ARCA starts in 2022. “Charlotte kind of went the same way,” Jones explained after taking the checkered flag in the sixth race of the 2022 ARCA Menards Series season. The Calypso Lemonade 150 was a combination race with the ARCA Menards Series East.