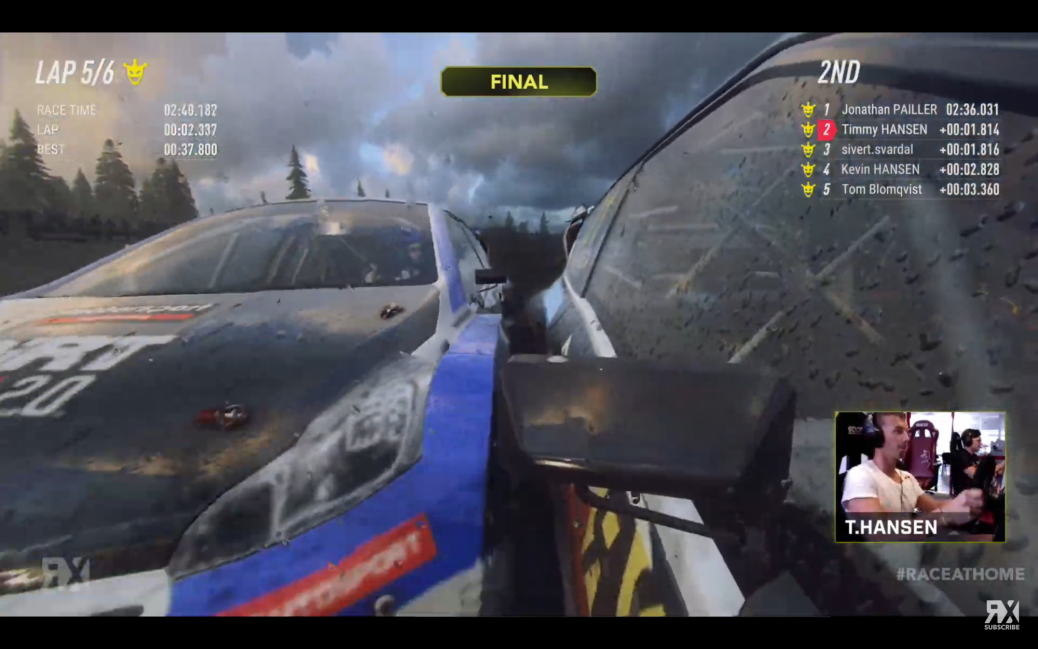 France’s Jonathan Pailler scored a debut win in round three of the FIA World Rallycross Championship’s Esports Series at Holjes-Sweden (28 June) as Timmy Hansen moved into the points lead. Pailler, starting from P5 on the grid, was able to dive into the joker while Timmy Hansen took the lead. Hansen dropped back into the chasing pack, battling with Svardal, Kevin Hansen and Blomqvist for the final two laps, with positions changing at every corner. Blomqvist finished P2 with Timmy Hansen P3, Kevin Hansen P4 and Svardal P5.