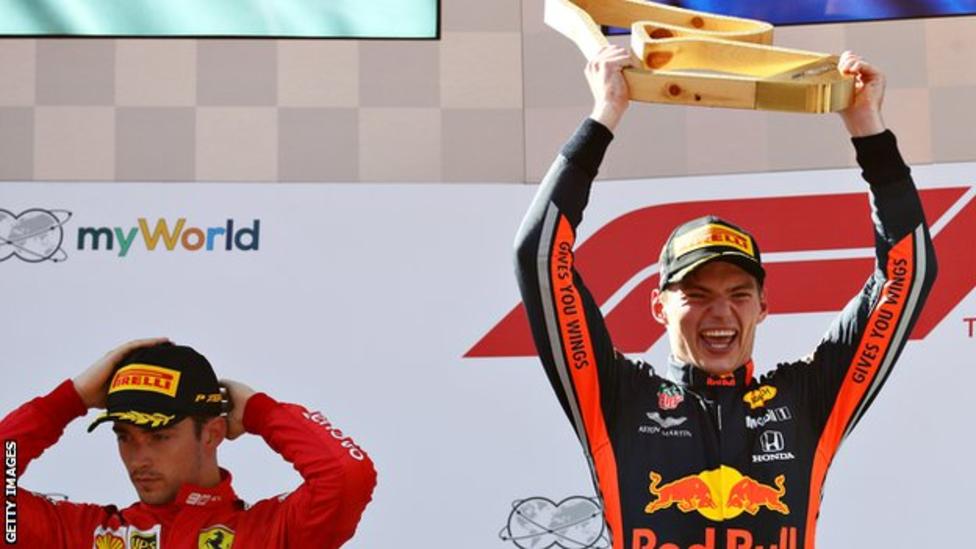 It took the stewards three hours after the race to decide not to penalise Red Bull’s Max Verstappen for the winning move, in which he forced long-time leader Charles Leclerc’s Ferrari off the track at Turn Three.
This is backed up by Verstappen turning into the corner much later and then releasing his steering slightly towards the exit, which guarantees Leclerc goes off.
Verstappen gets a lot of stick for being aggressive and error-prone, and this is largely because of the way he arrived into F1 – and his difficult run at the start of last year, when he had incidents in all the first six races.