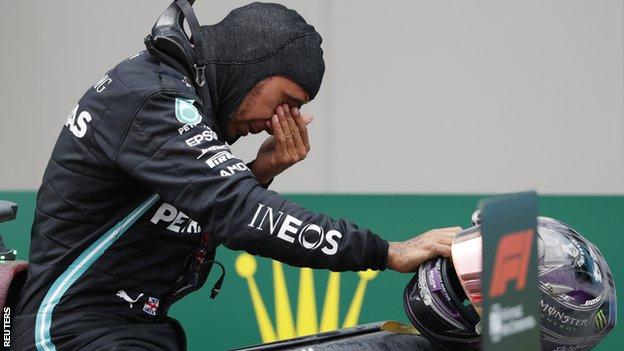 Jolyon Palmer column: Lewis Hamilton win ‘a befitting one no-one else could deliver’

In a race like this you wonder why you ever doubted Hamilton as a victory contender. Ferrari’s Sebastian Vettel – who Hamilton had been behind for the entire race until then – pitted for fresh intermediates. It was the second time in consecutive races Hamilton had radioed his team to leave him out on track – and both times it worked for him. In just five laps, Hamilton had gone from an outsider in fifth position to the lead of the race. But when ranking Hamilton’s finest race wins the bar is set so high. Where Vettel – and other mortals – crack, Hamilton so rarely does.