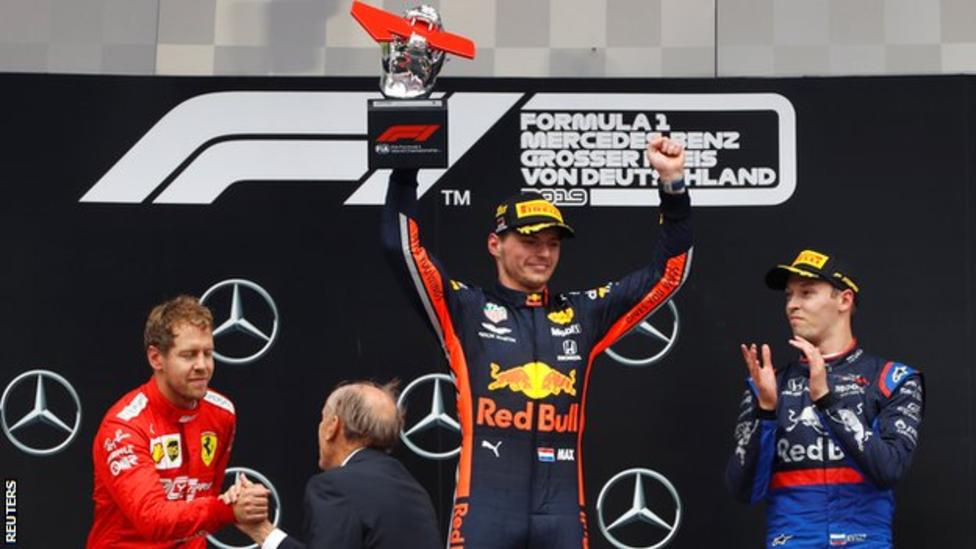 Former F1 driver Jolyon Palmer, who left Renault during the 2017 season, is part of the BBC team and offers insight and analysis from the point of view of the competitors.
But as the major contenders for the win started dropping like flies, Verstappen just stayed there, putting in laps good enough to never be challenged, and not making any further mistakes.
Mercedes looked set for a win, particularly in the hands of Hamilton, but he too proved just how slippery Turn 16 was – and how easy it was to make a mistake like Leclerc’s – as he slithered off on the same tyres a lap later, under safety-car conditions.