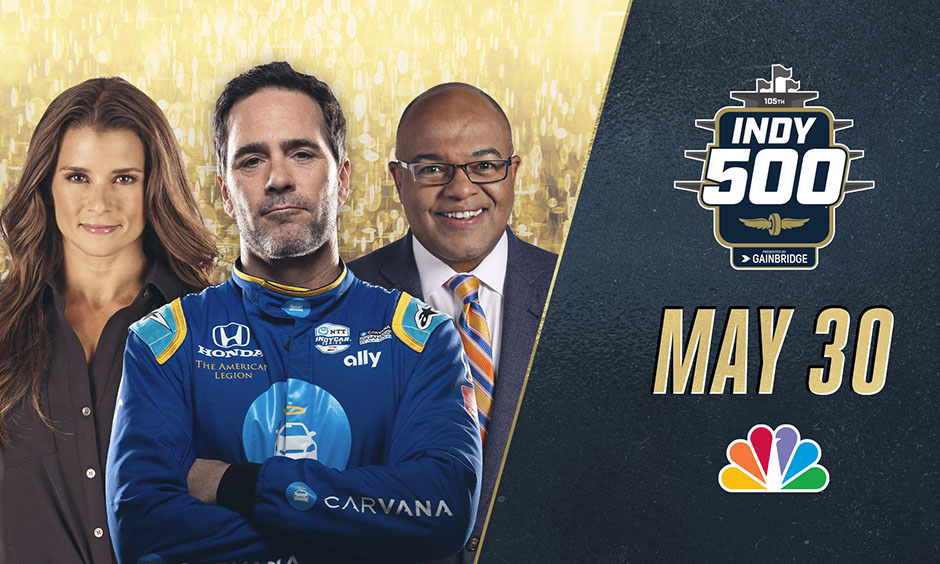 As the Month of May gets underway, NBC Sports announced Jimmie Johnson will join Mike Tirico and Danica Patrick for its studio coverage of the 105th Running of the Indianapolis 500 presented by Gainbridge starting at 11 a.m. (ET) Sunday, May 30. NBC Sports host Tirico and studio analyst Patrick return to Indianapolis 500 coverage for the third consecutive year, with NTT INDYCAR SERIES rookie and seven-time NASCAR Cup Series champion Johnson making his on-air debut as a Peacock Pit Box analyst alongside NBC Sports’ Steve Letarte. “It continues to be an honor to be a part of the Indy 500 NBC Sports team for the third year in a row alongside Mike Tirico,” Patrick said. I’m so appreciative to NBC Sports for this opportunity, and I’m ready to have some fun and hopefully make it fun for the fans watching at home.”. Dale Earnhardt Jr., one of racing’s most popular personalities and an NBC Sports motorsports analyst, will be a part of pre-race coverage. NBC Sports motorsports reporter Rutledge Wood returns for the third straight year to provide on-site reports around Indianapolis Motor Speedway, while NBC Sports’ Jac Collinsworth will make his Indy 500 debut when he serves as host of pre-race coverage at 9 a.m. (ET) on NBCSN.