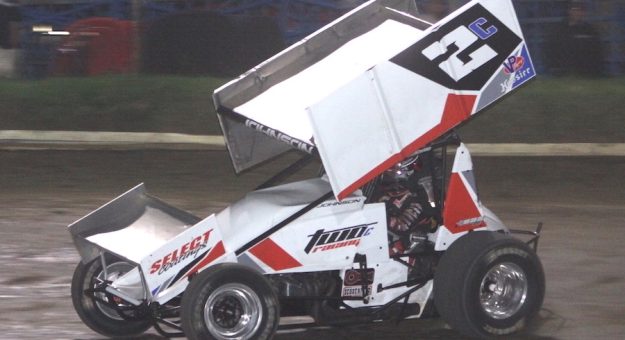 SAPULPA, Okla. — Rebounding from a shredded tire in his heat to draw the right of the front row Friday night, Wayne Johnson put the Outlaw Wings No. Winning the opening night of the second annual Mickey Walker Classic, Johnson’s run to the win was not without challenge as Blake Hahn nearly took the lead on lap three before slipping over the top of the first and second turn. Pulling his lead to a straightaway through traffic with Steven Shebester chasing, the closing laps saw Hahn rallying back. Moving back to second on lap 20, Hahn closed a 2.253-second gap down to car lengths as the leaders raced to the white flag. Johnson held off Hahn to win by 1.155 seconds and score his 10th ASCS victory at the quarter-mile track.