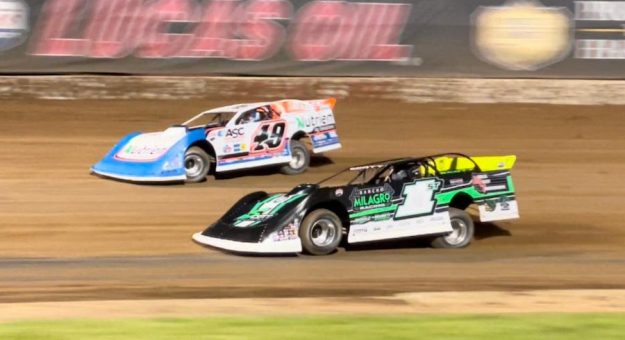 — Johnny Scott and Jonathan Davenport put on a spirited battle for the race lead on Friday night at Lucas Oil Speedway. The 32-year-old New Mexico resident took the lead for good on lap 32 from Davenport and pulled away for the victory. On the restart Davenport led Scott until lap 14 when Scott took his first lead of the race. On lap 16 Davenport bounced back to take the point, but Scott wasn’t done as the two raced through traffic with Scott regaining the lead on lap 18. Scott’s lead was short-lived as Davenport, the 2015 Show-Me 100 winner vaulted back in front on lap 23.