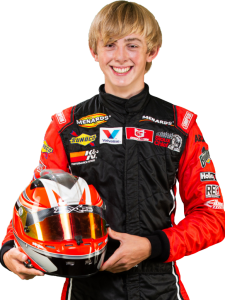 MOORESVILLE, N.C. – DGR-Crosley announced Friday that 17-year-old Joey Iest will join its driver development program to compete in at least six ARCA Menards Series East events next year, with the possibility of more to be added later. From 2012 to 2016 he raced Quarter Midgets winning many races, club track records and track championships. Iest is the 2019 51FIFTY Jr. Late Model champion at Madera Speedway and the 2019 Western Speed 2 Midget Series champion as well. My goal is to step up and win races for both teams next season.”. “He is a great kid with wins and championships under his belt in everything he has raced so far and has a few starts already in the ARCA Menards Series West. I’m excited to see what he can do with us in the ARCA East series next year.”.