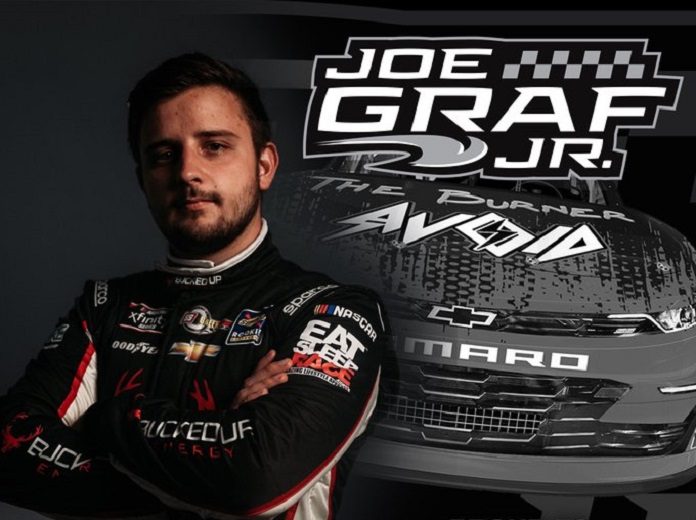 – Joe Graf Jr. has teamed with the rising band AVOID an associate marketing partner for the remainder of the NASCAR Xfinity Series season, starting this weekend at Dover Int’l Speedway. “This is very cool,” said Graf Jr., who drives the No. “I’m excited to partner with a group like AVOID, who like myself is moving up in their respective industry. AVOID’s new single “Song About James” is featured alongside another new track “HEAT” on the now-available video game NASCAR Heat 5, taken from their upcoming release The Burner which will be released on Nov. 6 through Revival Recordings. AVOID is thrilled to take their excitement from the virtual world to the real world at Dover. “We’re so excited about this partnership with Joe Graf Jr.,” said AVOID’s Benny Scholl.