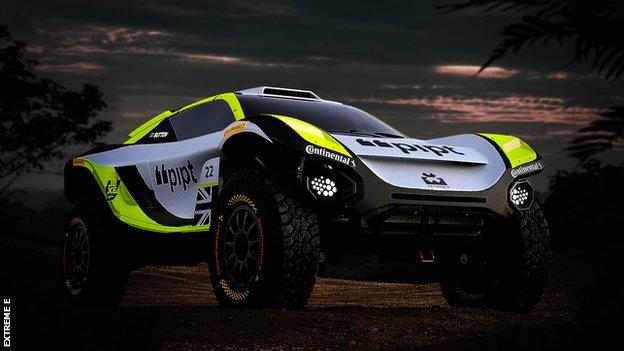 Jenson Button to drive in Extreme E for own team

Former Formula 1 world champion Jenson Button will compete in the new Extreme E racing series for his own team. Extreme E will be streamed on the BBC iPlayer, Red Button and Sport website. The new series, set to begin in April this year, will see a male and a female driver compete for each of the 10 teams in off-road electric ‘E-SUVs’. Button, who won the 2009 F1 world championship for the Brawn team, said he was “both delighted and proud” to join the series. “Extreme E is a world-first which sees true equality with male and female drivers both as team-mates and as opponents out on track.”.