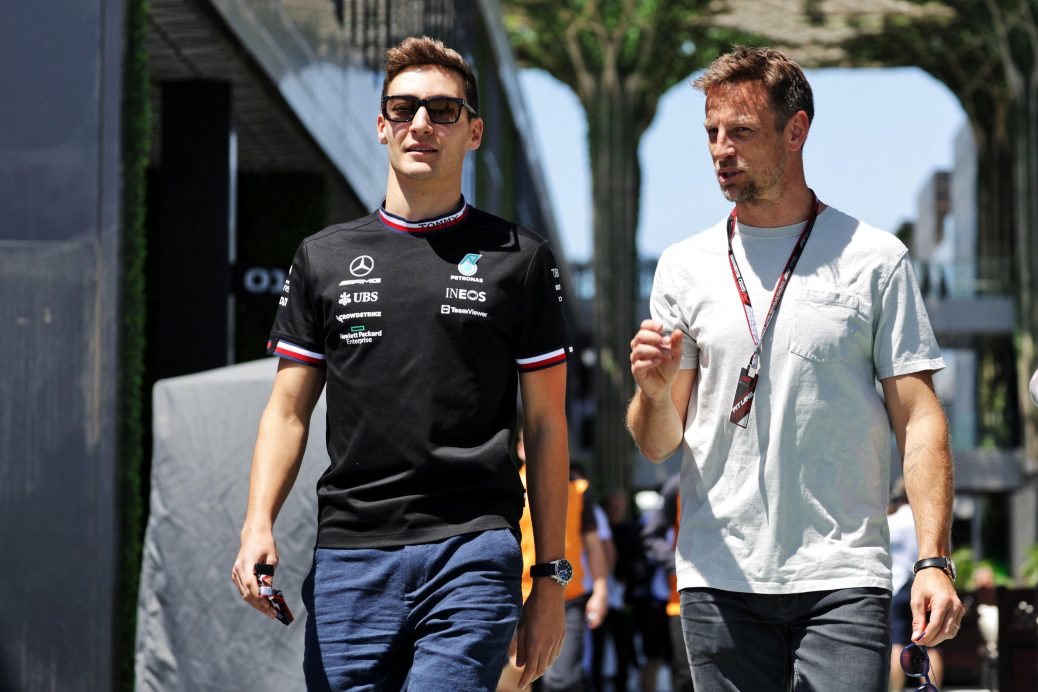 FORMER Formula One world champion Jenson Button is spending his honeymoon in Saudi Arabia… SunSport exclusively revealed Button, 42, tied the knot with model Brittny Ward earlier this month in a glitzy Florida ceremony. So when asked if he’d managed to squeeze in a honeymoon among his busy schedule, Button joked to Metro: No, I’m in Saudi Arabia for my honeymoon, without my wife.”. But Button admitted he didn’t want to spend much time away from children Hendrix, 2 and Lenny Monrow, 1. It’s tricky spending too much time away from the kids, though.”. Button and Ward finally got married in Florida earlier this month after FOUR YEARS of delays.