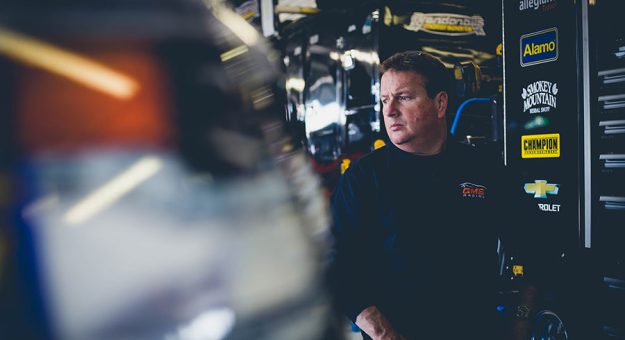 STATESVILLE, N.C. – GMS Racing announced Wednesday that it would be welcoming veteran crew chief Jeff Hensley back on top of the pit box for the No. In total, Hensley has amassed 18 Truck Series wins and 11 Xfinity Series wins, and was the championship winning crew chief for the 1990 Xfinity Series season. He was previously with GMS Racing for two seasons in 2016 and 2021, serving as crew chief for drivers Spencer Gallagher, Chase Purdy and AJ Allmendinger. Hensley and Enfinger have worked well together in the past, as the duo won five races during a four season span from 2017-2020.