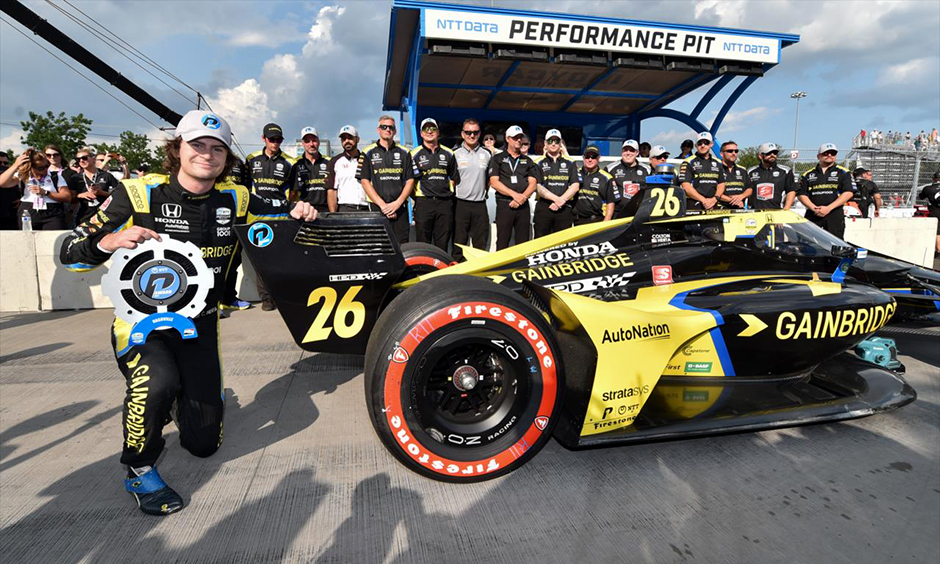 Mouths were agape and heads were being scratched on pit lane after Colton Herta won the NTT P1 Award on Saturday for the Big Machine Music City Grand Prix on the streets of Nashville, Tennessee. Herta also earned the Bryan Clauson Pole Trophy for his second pole of the season in the No. 26 Gainbridge Honda, pacing the field by nearly six-tenths of a second with his top lap of 1 minute, 13.6835 seconds. “It was a good lap, but what we did in Q1 really helped us there, with being able to transfer on the black tires,” Herta said. Herta earned his sixth career NTT INDYCAR SERIES pole and second this season. Six-time and defending series champion Dixon qualified second at 1:14.2327 in the No. “We knew Herta was going to be fast (in the Fast Six) because he was the only guy with new tires.