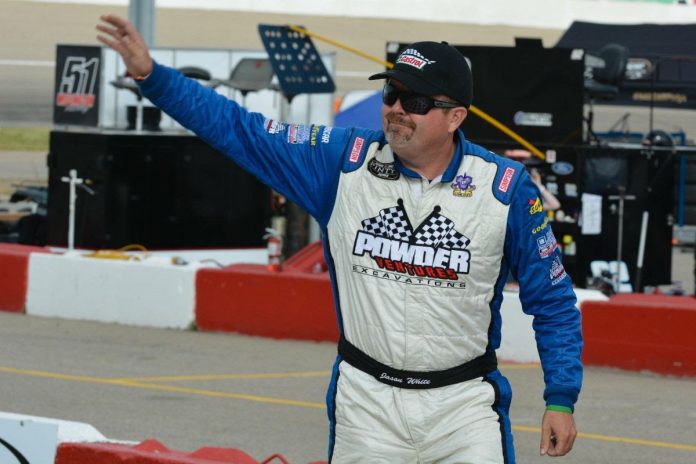 INNISILLE, Ontario — Canadian stock car driver Jason White plans to return to the NASCAR Pinty’s Series Aug. 15 at Ontario’s Sunset Speedway. 28 Powder Ventures Excavating Dodge in the first event of the season for the series. Last season Jason White became the first ever driver from western Canada to reach 100 starts in the NASCAR Pinty’s Series. “It’s great to have Jason back with us this season,” said DJK Racing principal D.J. Now that he’s locked in for this Pinty’s Series race at Sunset Speedway White will also look for additional events in which he can participate. “I’m waiting to see what other Canadian dates are confirmed and then hopefully we can do more racing here and I’ll monitor what’s happening in the U.S. as well to see if that is a possibility,” explained White.