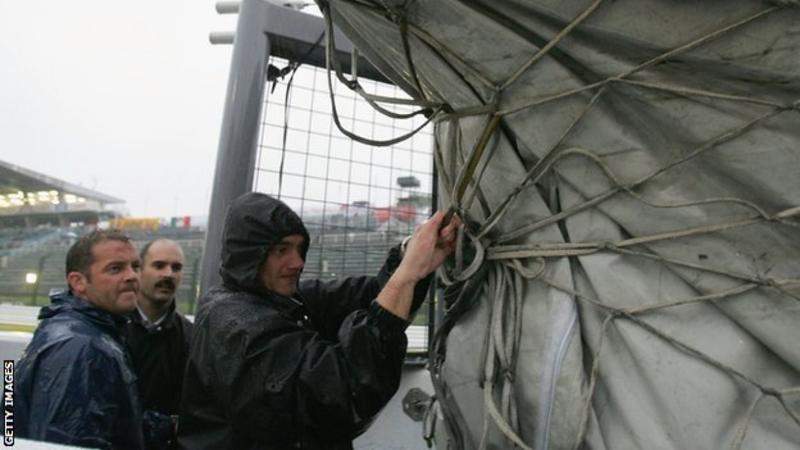 Formula 1 has delayed a decision on whether to cancel Japanese Grand Prix qualifying as a result of Typhoon Hagibis until Friday.
Governing body the FIA and F1 said it was “closely monitoring Typhoon Hagibis and its potential impact on the Japanese Grand Prix”.
That decision is expected to come before the end of Friday and will primarily be down to Japanese local authorities, whose responsibility it is to decide whether to close the circuit and advise people to stay indoors to reduce the risk to life from the storm.