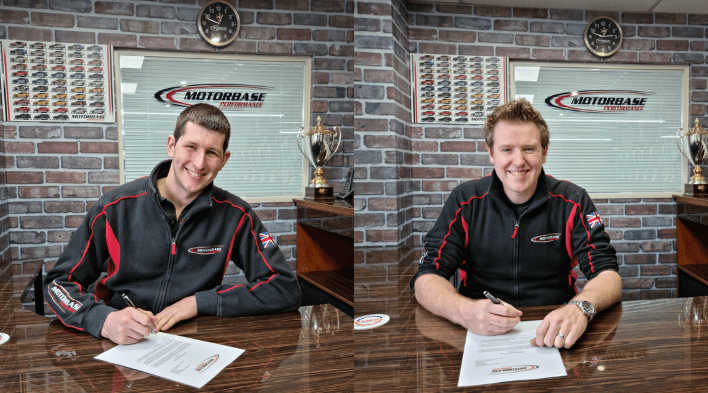 JACKSON AND OSBORNE TEAM UP AT MOTORBASE PERFORMANCE

Motorbase Performance has today (17 December) confirmed its two-car driver line-up for the 2022 Kwik Fit British Touring Car Championship, with Sam Osborne and Ollie Jackson remaining with the Wrotham-based squad as the pair become team-mates for the upcoming campaign. For race winner Jackson, the 2022 campaign marks his fourth with the 2016 Independent Teams’ titleholders as well as his 11th year of BTCC action. In such a big year for the team, an element of stability is very important for us to push on this season. Sam Osborne said: “I’m really looking forward to my second year in the Ford Focus ST with Motorbase Performance, and also teaming up with Ollie [Jackson], it’s going to be fantastic having the continuity with everyone at the team. I really can’t wait for the season to start, these are exciting times at Motorbase!”.