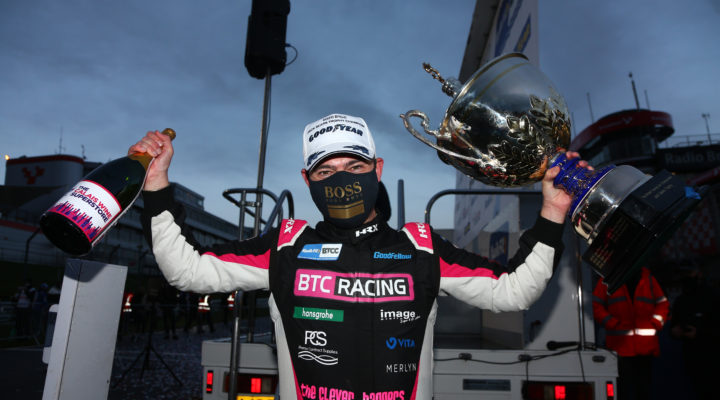 Claiming two of the three class victories available from the final three rounds of the year, local-racer and fan favourite Michael Crees delivered an unassailable performance to claim Jack Sears Trophy honours during an action-packed 2020 Kwik Fit British Touring Car Championship season finale on the Brands Hatch Indy Circuit (14/15 November). With different track conditions presenting themselves for race two on a drying but greasy track, Chilton opted to take a risk on wets, with Cook and Crees choosing to run on slicks. We thought we’d win all five championships, but the only one who upheld his deal was Creesy – winning the Jack Sears. “I’m really happy for Creesy winning the Jack Sears Trophy,” added Cook. “We’ve not had an easy year at all, but I’ve had a decent amount of wins and more podiums. We’ve just not unlocked the best out of the car this year. “The team have worked incredibly hard all year, under really tough circumstances.