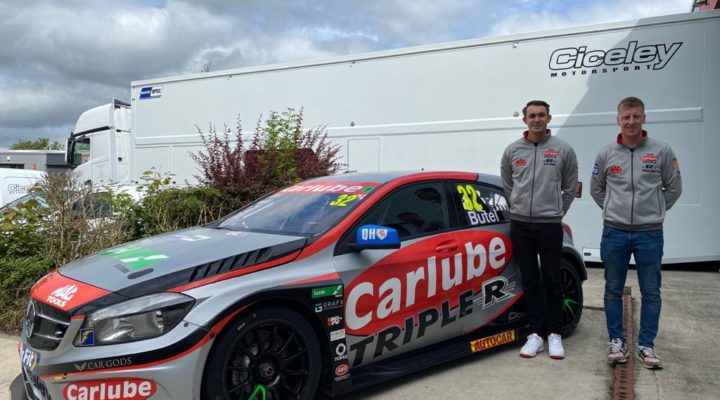 Jersey-based GT front-runner Jack Butel will join the Kwik Fit British Touring Car Championship in 2020, as he replaces Daniel Rowbottom at Carlube Triple R Racing. Jack has raced under the Ciceley Motorsport banner before at the 2020 24hr of Dubai, in the team’s Mercedes GTS GT4 after catching the eye of team boss Russell Morgan while competing for other teams in the past. “This is a fantastic opportunity for me, joining the British Touring Car Championship grid is a dream come true,” said an ecstatic Jack. Ciceley Motorsport Commercial Director Norman Burgess said: “We are delighted to welcome Jack back to the team. Tetrosyl Chairman Peter Schofield said: “We would like to welcome Jack to the Carlube Triple R Racing team. Team Carlube Triple R Racing has also welcomed Lucas Batteries in to the team.