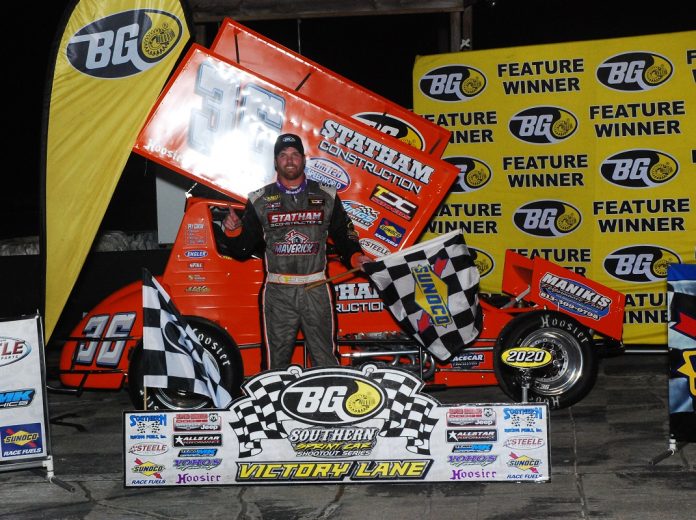 PUNTA GORDA, Fla. – Troy DeCaire continued his winning ways with the Southern Sprint Car Shootout Series by topping Saturday’s 40-lap feature at 417 Southern Speedway. DeCaire took the lead from fellow veteran Sport Allen on lap 28 and raced out to a 2.128-second victory at the checkered flag. Allen held off John Inman for the runner-up honors, with Joey Aguilar crossing fourth and Scotty Adams finishing fifth. Michael Tharp, who paced the first three laps of the feature, faded to seventh in the end. Other winners during the program included Stuart VanDevender (A Modified), Jacob Wallace (Mini Stock) and Chris Huntoon (Street Stock).