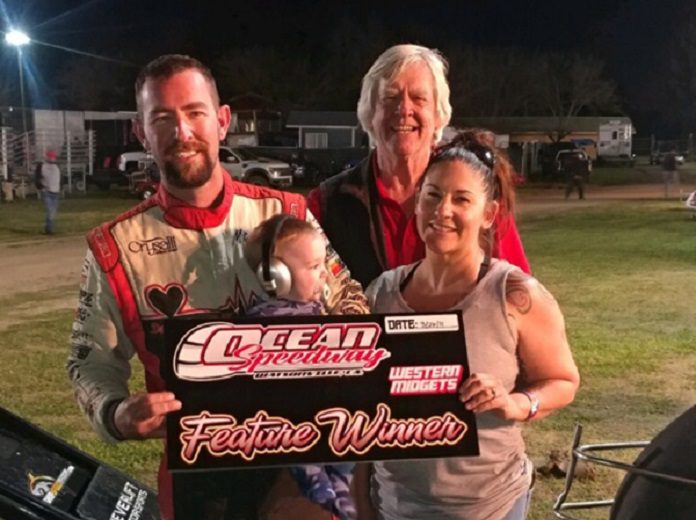 WATSONVILLE, Calif. – David Prickett topped a growing field of Western Midget Racing presented by Masters Design and Construction entries on Friday night at Ocean Speedway. Prickett earned a hard-fought win over Blake Bower in round two of the season, marking his 12th victory in WMR competition. David Taft took the lead early around Cameron Beard, with Prickett beginning to move forward after starting sixth. Great racing took place throughout the healthy field as Prickett and eighth-starting Bower advanced forward. Prickett and Bower drag raced down the backstretch until the caution flew for Steve Durant spinning in turn one. Bower showed his nose to Prickett on the restart and continued to try to edge underneath as the race passed halfway.