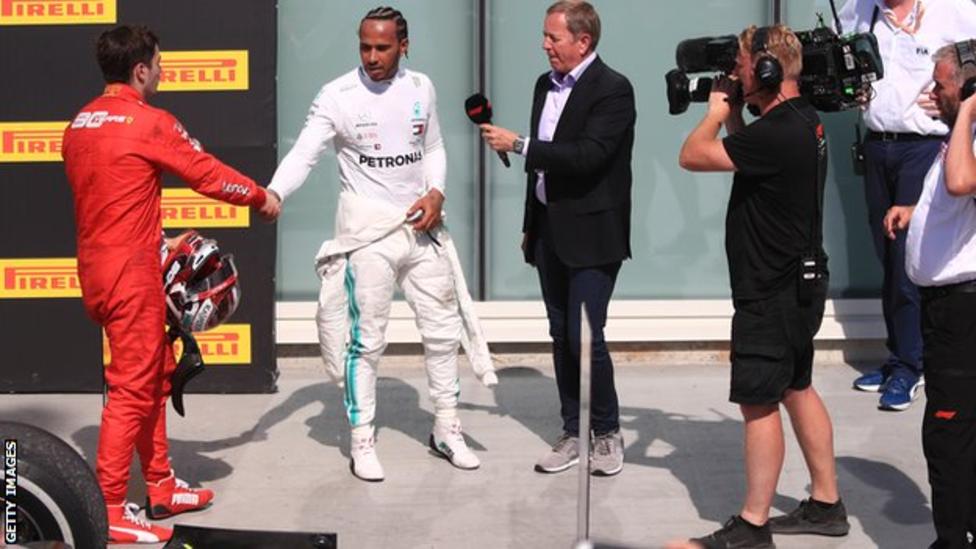 The four-time champion won on the road but was handed a five-second penalty for rejoining the track dangerously and impeding Mercedes’ Lewis Hamilton.
Valtteri Bottas: “Ultimately it’s not the sport that I fell in love with when I was watching”
Sebastian Vettel: “I just think it’s wrong, you know, it’s not really what we’re doing in the car.”
Hamilton, who was partly alongside Vettel in the incident but had to brake as the Ferrari moved across, admitted he “would probably have done the same thing” in Vettel’s position, but said that the rules required drivers to rejoin the track safely.