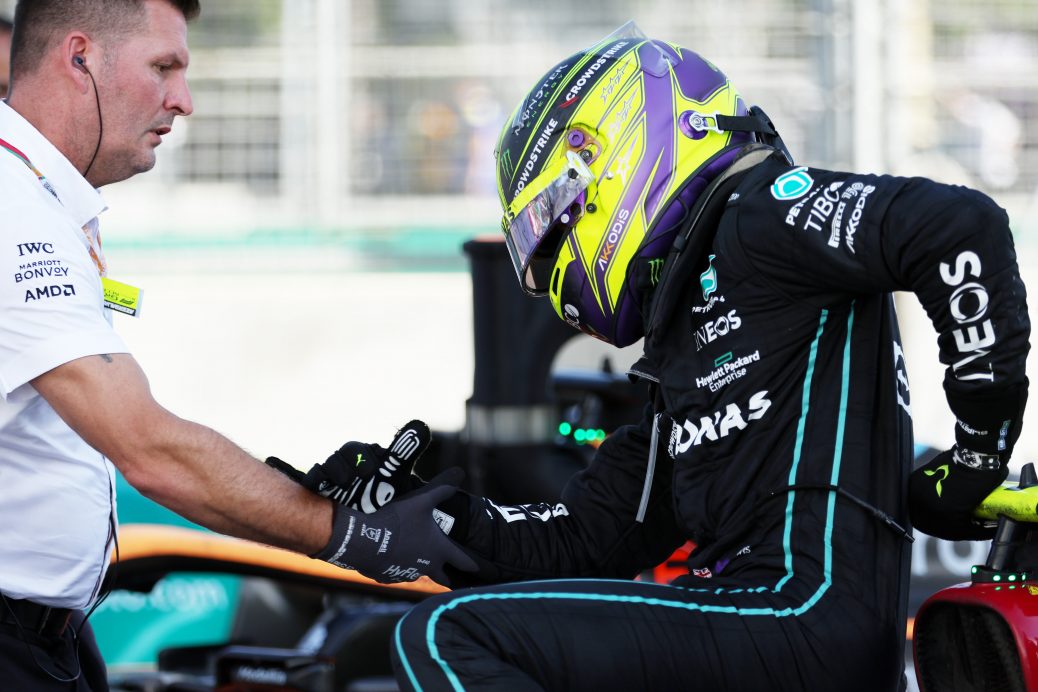 LEWIS HAMILTON held his back in agony as he got out of his car following the Azerbaijan Grand Prix and is a doubt for next week’s Canada GP. Hamilton, 37, has been troubled physically by the bouncing and porpoising of Mercedes’ much-maligned W13 car. As he clambered out of his motor at the end of the race, the seven-time champion could be seen moving gingerly. After the race, Hamilton said: “The only thing was biting down my teeth with pain and just adrenaline. “Once we fix this bouncing we will be right in the race because we are losing for sure a second just with bouncing. Hamilton is desperate for Mercedes to make adjustments to their car ahead of next week’s Canada Grand Prix. After the race, Russell told Sky Sports: “It wasn’t nice.