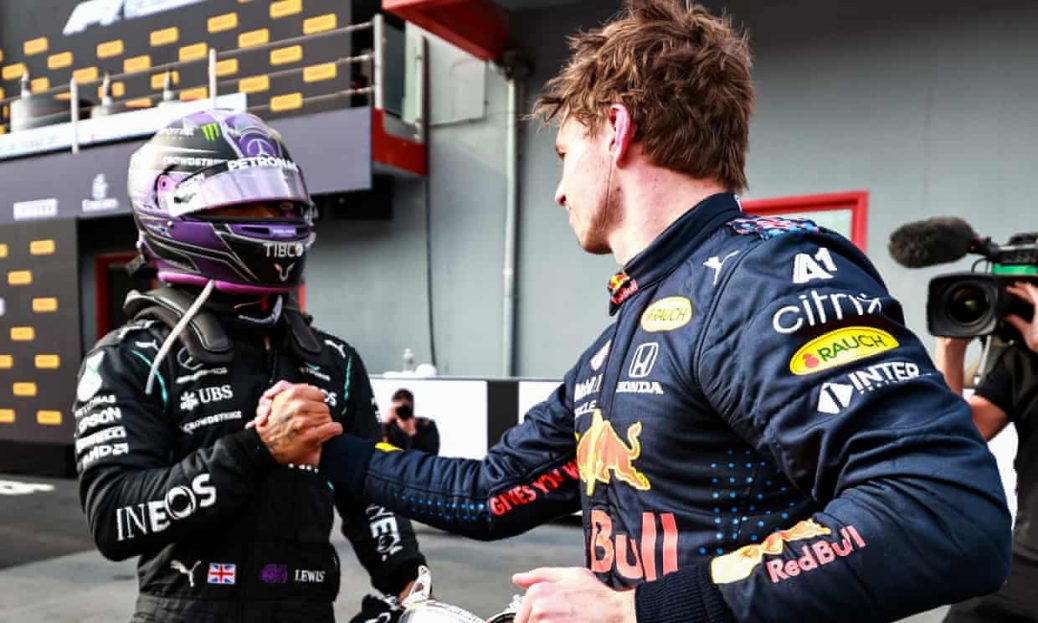 ‘It’s how you get back up’: Hamilton happy to finish second after Imola error

The world champion insisted he refused to even countenance giving up after a mistake that may have ended his race at the Emilia Romagna Grand Prix. “I remember sitting there looking at the barrier and I refused to think that the race was over, I refused to believe that the race was done,” he said. George Russell accused Mercedes driver Valtteri Bottas of trying to kill him following their 200mph crash in the Emilia-Romagna Grand Prix. “I asked him if he was trying to kill us both,” said Russell. Hamilton and Verstappen have now shared one win and one second place each but the world champion leads the title race by one point by virtue of clocking the fastest lap in Imola.