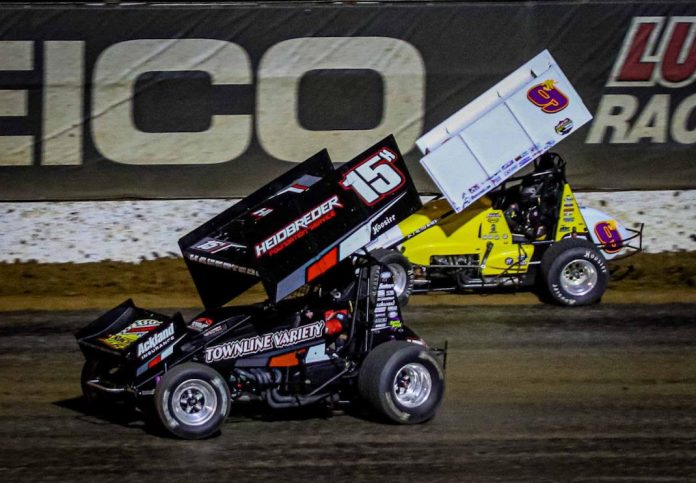 — In an absolute classic on the Lucas Oil Speedway dirt, Sam Hafertepe Jr. emerged from a three-way battle to win the 10th annual Jesse Hockett/Daniel McMillin Memorial on Saturday night. Hagar pushed high, into the cushion, and Hafertepe capitalized with the winning pass. I just kept pushing and pushing and pushing and pushing,” Hafertepe said. Hafertepe went on to beat Hagar by an even one second with Smith finishing third. There ain’t no better race than that,” Hafertepe said. Just nine laps in, Smith already had caught lapped traffic and led Hafertepe by 2.8 seconds. As the race resumed, Hagar passed Hafertepe for second with Smith nearly a second in front as the race’s fourth stoppage occurred on lap 20 – the mid-point – for a three car accident in turn two. Hafertepe was third with Scott Borgucki fourth and Dylan Westbrook in fifth. Hagar got a big run down the back stretch and completed a pass for the lead to complete lap 28.