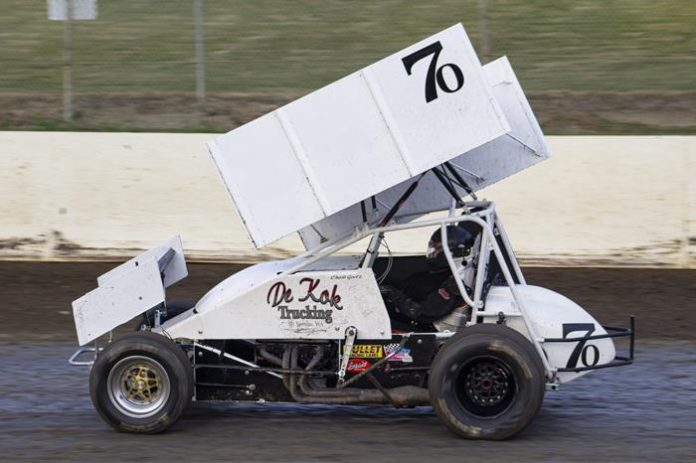 It’s Goetz In A Thriller At Skagit

ALGER, Wash. — Three different leaders and multiple lead changes punctuated a long but thrilling main event in the Cook Road Shell Sportsman Sprints Thursday night at Skagit Speedway. As the dust settled, it was Chase Goetz rallying to the win with a late-race pass. Goetz had moved into second right before that red and tried reeling in Rude with no avail before a lap 11 yellow. On that yellow, Rude exited the track with a flat tire, giving Goetz the lead. On lap 15, Jesse shot by Goetz on the outside to grab the lead, and attempted to put some real estate between him and Chase. Over the final two laps, Goetz kept Schlotfeldt at arm’s length to take his second straight win at Skagit Speedway, with Schlotfeldt and Brett McGhie rounding out the podium.