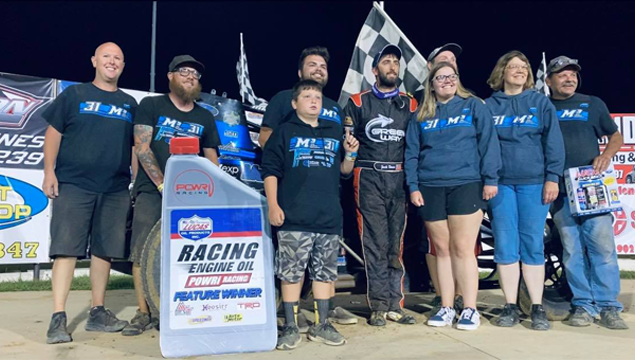 — Zach Daum claimed victory in Sunday night’s conclusion of the second annual Lake Ozark Speedway Non-Wing Nationals for the POWRi Lucas Oil WAR Sprint League. Kreisel would grab the lead on lap five, showing Nienhiser the fastest way around Miller. Kreisel and Nienhiser would both then trade the lead multiple times, many lead swaps occurring on the same lap. With Kreisel leading laps five through eight and Nienhiser taking control on laps eight through eleven, caution would take the top two front-runners from the competition. With slide jobs and crossovers on both sides of the track, Miller would lead the way on laps 12 through 18. Daum grabbed the lead using a low-line maneuver on the second to last lap and hold on to the lead for the final laps.