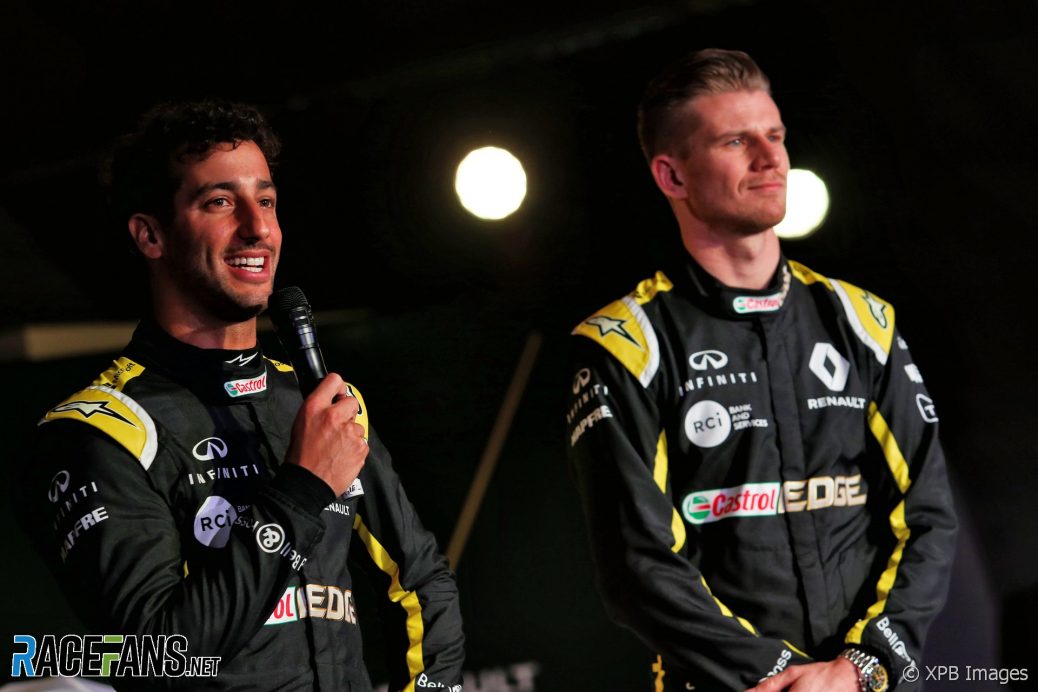 Daniel Ricciardo says he is encouraged by the progress Renault has made during the winter ahead of his first season driving for the team.
But Ricciardo, who has joined the team from its former engine customer Red Bull, says the team’s data shows their development programme for the 2019 F1 season has been successful.
“Obviously being pretty deep now in the Renault family I’ve seen numbers and I know it’s not they’re not just saying it to please everyone,” Daniel Ricciardo said at Renault’s 2019 livery presentation at its base in Enstone.
“It has been a good winter.”