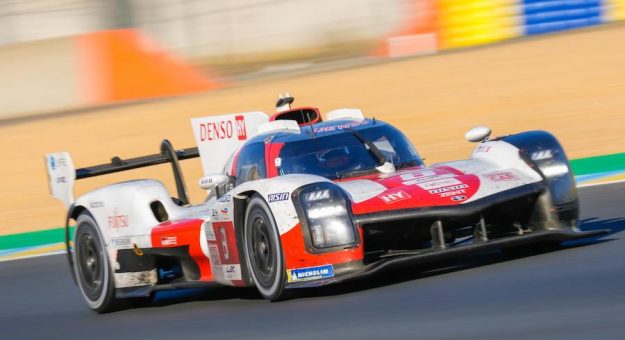 It’s All Toyota At Le Mans

LE MANS, France — The 90th running of the 24 Hours of Le Mans wrapped up in familiar fashion on Sunday afternoon at the famed Sarthe circuit as Toyota Gazoo Racing won the twice-around-the-clock event for the fifth consecutive year. Sebastien Buemi, Brendon Hartley and rookie Ryo Hirakawa shared the winning No 8 Toyota GR010-Hybrid. It was Buemi’s fourth Le Mans victory and the third for Hartley. After triumphing in 2018, ’19 and ’20 in the Toyota TS050-Hybrid, Buemi now has a fourth win to his name. The Kiwi shared the wheel with Buemi in 2020 after winning with the Porsche LMP team in 2017. 64 car shared by Alexander Sims, Nick Tandy and Tommy Milner was leading the class mid-morning when an incident with the No.