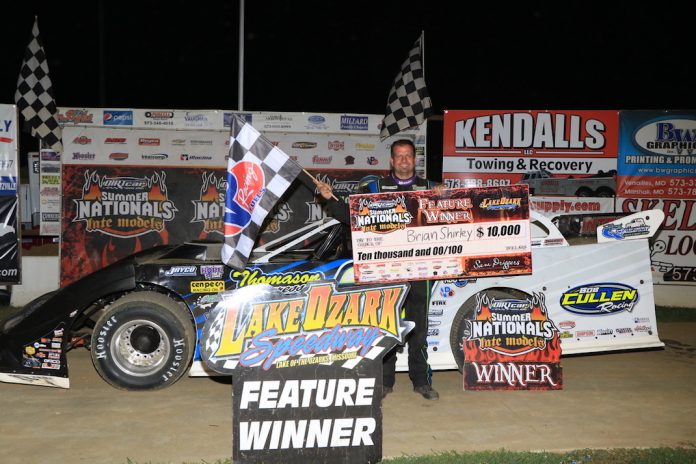 — He’s not a driver that particularly concerns himself with points battles, but Brian Shirley has just put some more padding on his venture to capture a fourth DIRTcar Summer Nationals points title with a feature win Friday night at Lake Ozark Speedway. Meanwhile, Frank Heckenast Jr. was making his presence felt inside the top-five, trying to close on a 62-point gap to Shirley coming into Friday night. Heckenast ran most of the race chasing down podium finishers Billy Moyer and Jesse Stovall, coming home with a fourth-place finish. Shirley will thicken his points gap going into Saturday night, but over half of the races are still yet to be contested. “There’s a long time before you’ve gotta worry about points,” Shirley said.