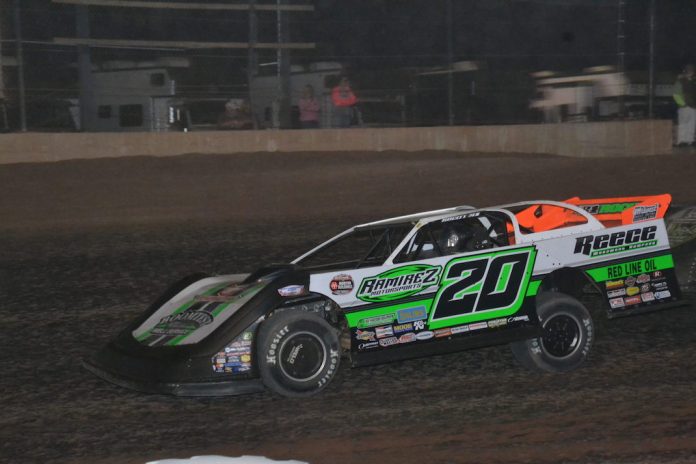 BEAVER DAM, Wis. — Jimmy Owens picked up a dominant victory in Tuesday night’s World of Outlaws Morton Buildings Late Model Series feature at Beaver Dam Raceway. Leading the final 39 laps after roaring by early leader Cade Dillard, Owens snagged his 19th career World of Outlaws win and his fourth win of the year in only eight starts with the series. 97 to assume the early lead, it looked as if Dillard was poised for career win No. The near disastrous moment was the only thing that could bring any question into Owens’ dominant 3.572-advantage on Tuesday night. Chasing Owens to the finish line, ” Billy Moyer held second for much of the 50-lapper and survived a frantic fight to the finish between he and Cade Dillard for the runner-up spot.