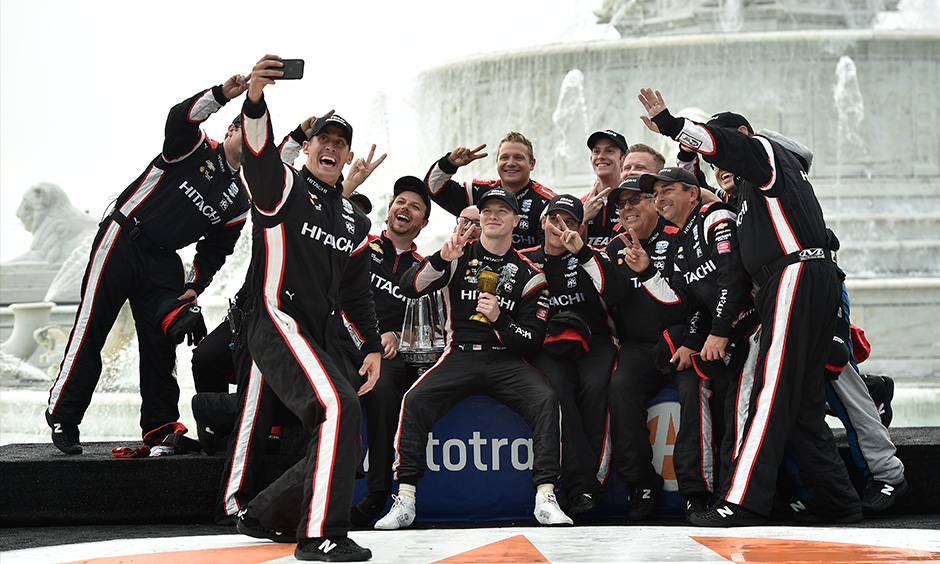 Newgarden won Saturday’s race by 0.8237 of a second over Alexander Rossi and capped a perfect day at Belle Isle Park for team owner Roger Penske, whose team also won the IMSA sports car race in the weekend event promoted by Penske’s group.
“It was great to have a victory here,” said Newgarden, whose best previous finish in 13 Detroit races was second place in the second race of 2017.
The Chip Ganassi Racing veteran, a two-time Detroit winner, was unhurt but finished last in the 22-car field and slipped to fifth in the championship, 92 points behind Newgarden.