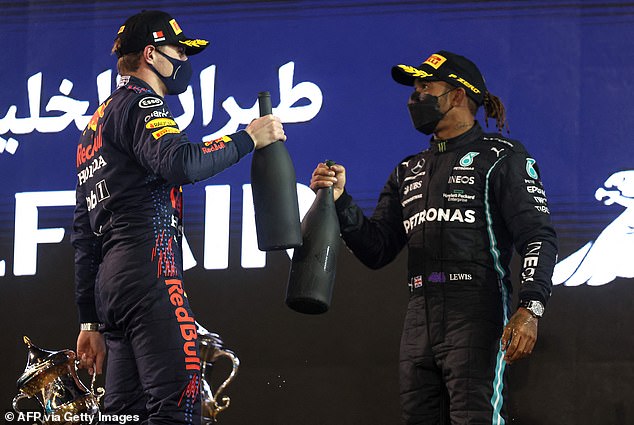 It’s a rivalry for the ages! Imola plays host to the second stage of a battle that is shaping up to be one of the great conflicts in F1 history. Sir Lewis Hamilton vs Max Verstappen round two should be a thriller

Imola, redolent with stories of heroism and tragedy, plays host to the second stage of a rivalry that is, just possibly, shaping up to be one of the great conflicts in Formula One history. There is Sir Lewis Hamilton, in the silver corner, and Max Verstappen, in blue and red, fighting it out for the motor-racing championship of the world. Verstappen pulled over at the end of the pit straight with a suspected driveshaft failure. Verstappen said: ‘F1 needs a proper fight because the last few years have been a bit boring. ‘I guess after Lewis won his last six championships where the battle was not as high for him, now he really wants that battle. Asked whether he might have a future at Mercedes if Hamilton leaves at the end of the season, Verstappen added: ‘I have a contract at Red Bull until 2023, and I am very happy where I am. I want to win races and championships with Red Bull and that is why I signed for so long.

Can’t wait for this race 🙂