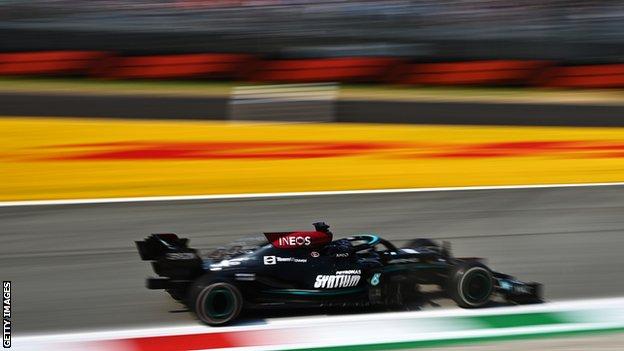 Hamilton’s Mercedes team-mate Valtteri Bottas won the ‘sprint’ qualifying race but will start last after taking a penalty for a power unit change. Verstappen now leads Hamilton by five points in the title race after taking two points for second in the sprint. Verstappen said: “The race was better than expected – we had good strategy and scored nice little points and I’m starting on pole for tomorrow. We did trim our car to have decent top speed, so I’m not worried about out top speed in the race, but Mercedes have a very good pace in the whole lap, so I’ll try.”. It’s the second ‘sprint’ qualifying in a new format tweak F1 has introduced to some race weekends this season – the first being at the British Grand Prix in July.