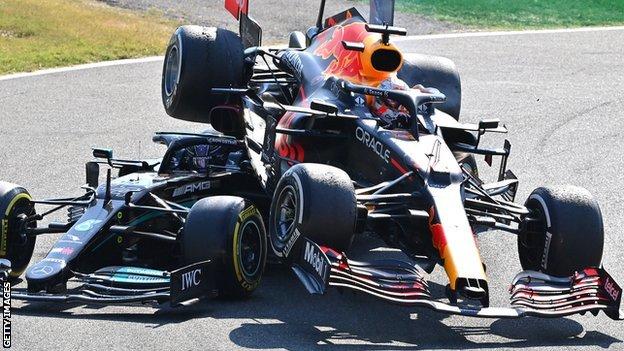 Lewis Hamilton has said Formula 1’s ‘halo’ safety device saved his life in his crash at the Italian Grand Prix. The 36-year-old seven-time world champion was hit by Red Bull’s Max Verstappen, with the Dutchman’s car driving over Hamilton’s Mercedes. This is the second time the two drivers have clashed in the 2021 season as Hamilton was blamed for causing an incident at Silverstone that left Verstappen out of the race. Three hours after the race, Hamilton said his neck was “sore” and believed he would need to get further medical attention. Reacting to Verstappen’s penalty, Hamilton added: “I am proud of the stewards.