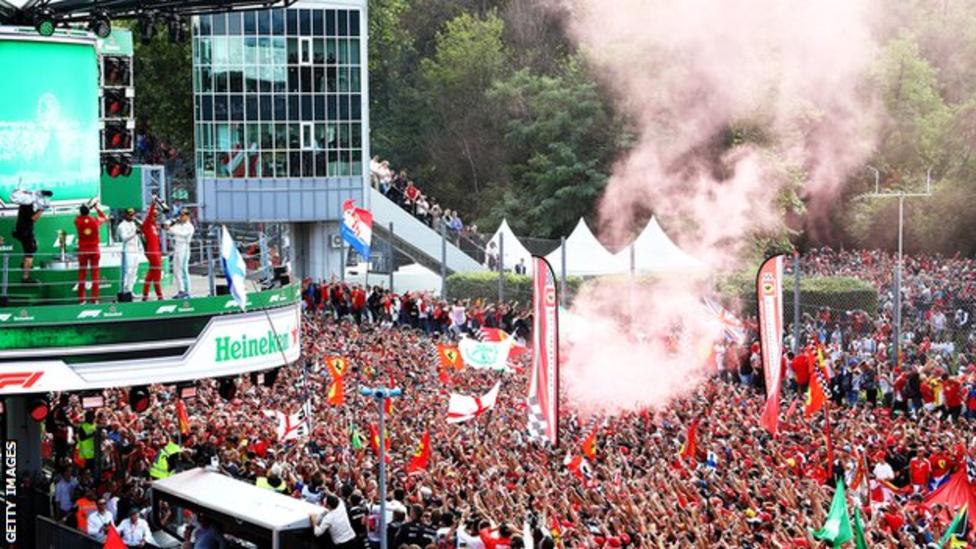 Ferrari’s Charles Leclerc just held on under intense pressure from both Mercedes drivers to win a nail-biting, incident-filled and controversial Italian Grand Prix.
The 21-year-old pushed the rules on driving conduct to hold off Lewis Hamilton through the middle of the race and then Valtteri Bottas in the closing laps after a mistake from the world champion.
“There is some dangerous driving going on,” Lewis Hamilton said over team radio, but there was no further word from the stewards.
With Hamilton out of the picture, it was Bottas’ turn to attack Leclerc.