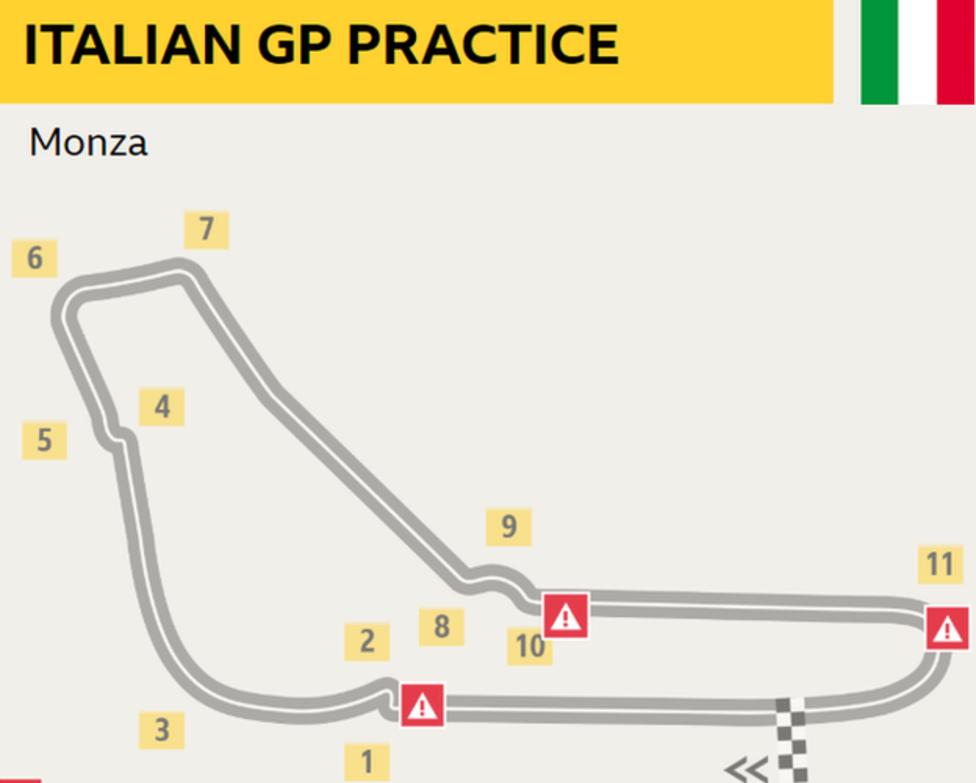 Ferrari’s Charles Leclerc edged Lewis Hamilton’s Mercedes to set fastest time in a weather-affected second practice at the Italian Grand Prix.
That also meant an off-set in the later race-simulation preparation, on which Mercedes appeared to have an advantage but on which Ferrari may have been affected by a damper track for the start of their runs.
That is exactly the pattern seen in Belgium, where Leclerc took pole by three-quarters of a second, but won the race with a charging Hamilton right on his tail.