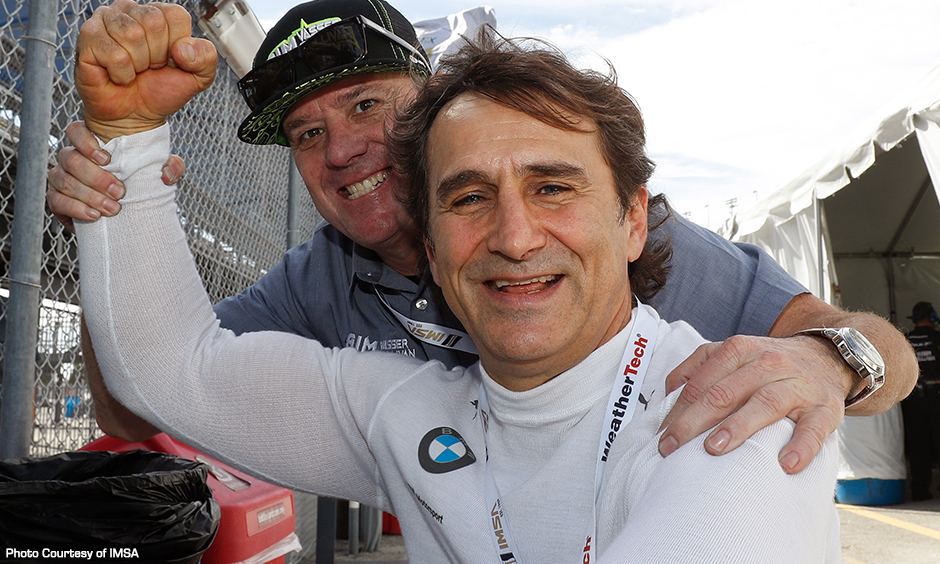 It’s difficult to find a more amazing story than Zanardi’s.
As he was popularizing the post-victory doughnut spin while claiming two CART championships and 15 victories in three seasons from 1996-98, Zanardi (shown above when reunited with Jimmy Vasser, his Chip Ganassi Racing teammate from the championship days) brought and left magic wherever he went.
As people look up to Zanardi, though, he looks up to others.
Before the Ironman, Zanardi downplayed the inspirational aspects of his story.
“It warms my heart, no doubt, to inspire people,” Alex Zanardi said after finishing the race.