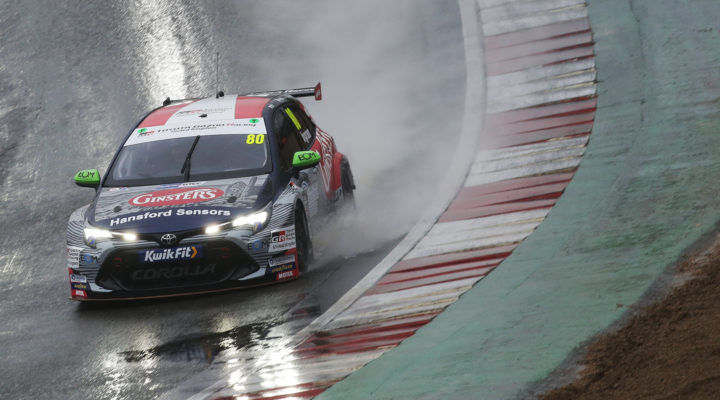 INGRAM SIGNS OFF SEASON WITH POLE POSITION AND PODIUM HAT-TRICK

Tom Ingram proved that his Toyota Gazoo Racing UK with Ginsters Corolla is more than a match for any of its rivals in the Kwik Fit British Touring Car Championship at Brands Hatch last weekend (14/15 November), splashing through the spray to pole position and a full house of podium finishes that have left him feeling bullish indeed about his prospects going into 2021. “To come away with a podium in every race was amazing – without the little squabble at Snetterton, it would have been six on the bounce. “The conditions were really tricky again in race one, and it seemed like they were changing every lap. It was a similar story in race three – the Corolla felt superb again and we were able to pull off a lot of very satisfying moves. “We’ve performed so well as a team all season, and the results we’ve achieved over the second half in particular – with five podiums from the last six races – quite frankly speak for themselves.