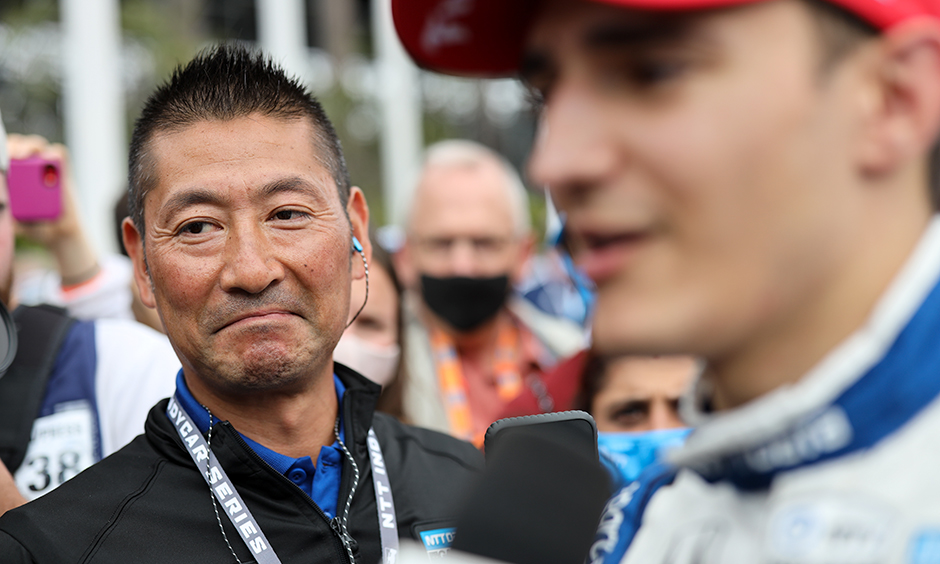 The story of Alex Palou’s remarkable ascent to the NTT INDYCAR SERIES championship cannot be told without including former series driver Roger Yasukawa and his longtime friend Japanese businessman Kazumichi Goh. Yasukawa said Palou knew of his INDYCAR background – 40 starts with six teams over an eight-year period (2003-10) – but they had never discussed it. That set the wheels in motion, but again, Palou surprised Yasukawa. “We get there, and he knew every driver – not personally – but he knew the teams, the drivers and how they raced. It was during that first oval race at IMS that Palou boldly asked team owner Chip Ganassi, “What does it take to drive for you?”. Palou’s opportunity to be considered to drive Ganassi’s No. “All four (team) cars were there,” Ganassi said of his team.