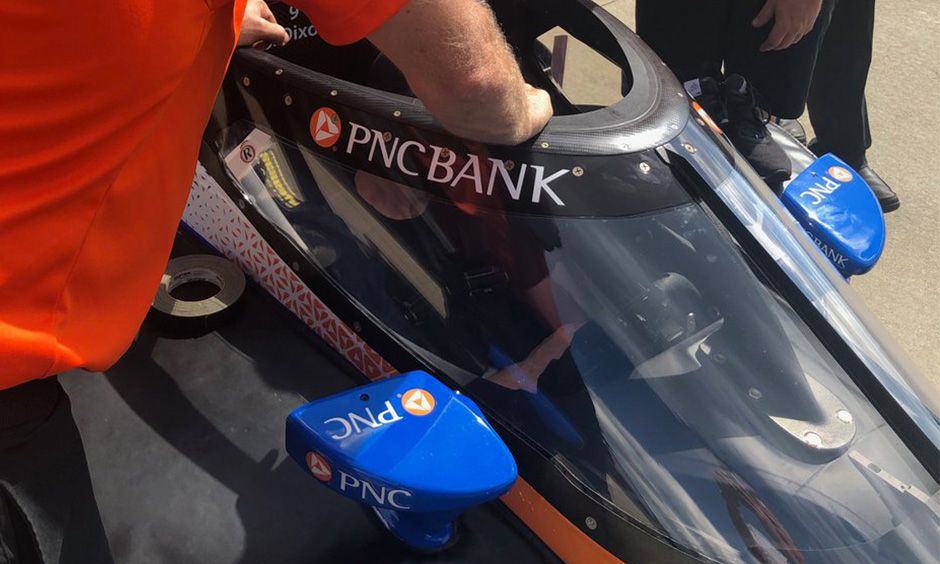 Indycar is testing its new Aeroscreen today at Indianapolis Motor Speedway.
Five-time NTT IndyCar Series champion Scott Dixon of Chip Ganassi Racing and 2014 series champion Will Power of Team Penske – both Indianapolis 500 winners – are testing the revolutionary cockpit protection Aeroscreen that will be implemented on all cars for the 2020 NTT IndyCar Series season.
The driver safety innovation encompassing the cockpit is comprised of a ballistic Aeroscreen anchored by titanium framework.
Previously, INDYCAR conducted extensive testing with a windscreen concept developed in conjunction with PPG Aerospace, including on-track sessions in 2018 at ISM Raceway in Phoenix and Indianapolis Motor Speedway.