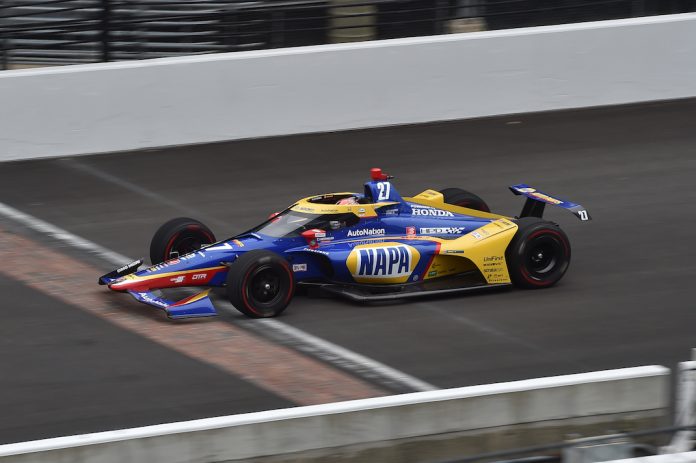 MOORESVILLE, N.C. — Four NTT IndyCar Series teams and drivers participated in the first test toward implementation of hybrid assist technology Friday at Indianapolis Motor Speedway. “It’s a pretty big horsepower boost with the push-to-pass,” Rossi said afterwards. Frye said the introduction of hybrid assist will produce more than 900 horsepower. Frye said the 2.4-liter engine will have close to 100 extra horsepower out of the box so a boost of 200 horsepower may be too much, according to Frye. “IndyCar wanted to gather some data on push-to-pass and understand that for potential engine systems in the future and engine uses and I think it went well,” Newgarden said. O’Ward said the test doesn’t necessarily mean IndyCar will add push-to-pass at Indy, but it gave the series and drivers a chance to collect data with the increased speed, horsepower and boost pressure.