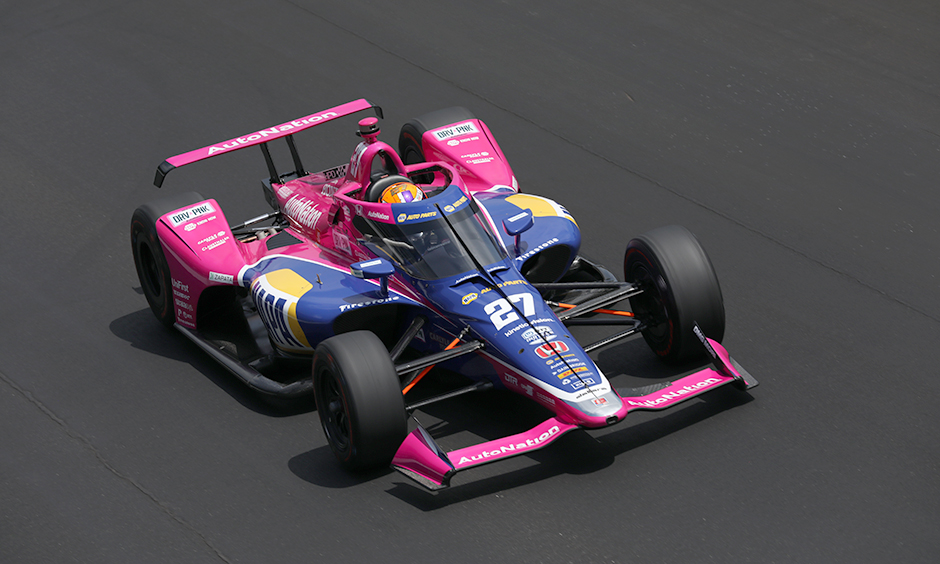 Speeds are on the rise today in Indianapolis 500 presented by Gainbridge practice at Indianapolis Motor Speedway, as Alexander Rossi, Pato O’Ward and Alex Palou each topped 231 mph in the first two hours of the session on “Fast Friday.”. The Honda and Chevrolet engines used in the NTT INDYCAR SERIES received a turbocharger boost today, adding an estimated 90 additional horsepower. The turbo boost also will be used during PPG Presents Armed Forces Qualifying on Saturday and Sunday, so today will be a dress rehearsal for the fastest four laps in racing. Seven-time NASCAR Cup Series champion Jimmie Johnson — an Indy 500 rookie — was the first caught out by the wind, as his No.