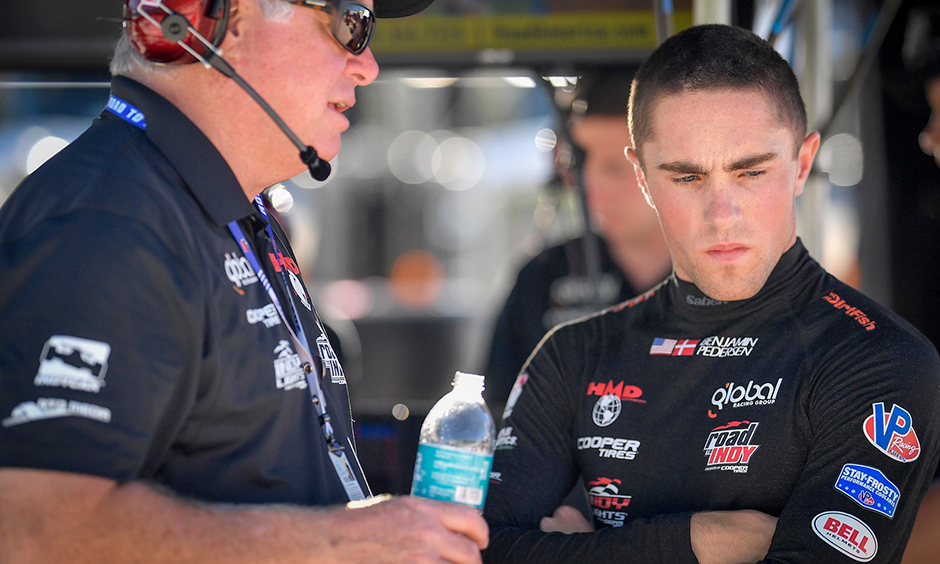 As the story goes, Global Racing Group with HMD Motorsports’ Benjamin Pedersen visited his first racetrack when he was only 4 weeks old, beginning a passion for racing that has taken him from his native Denmark to the Road to Indy Presented by Cooper Tires. “I can’t think of a better preparation for my ultimate goal or of a better place to be at this point in my career than the Road to Indy,” Pedersen said. Pedersen, 21, spent much of his youth at Formula One races with his father, Christian. “I’ve moved up quickly in my career, which means I have had to get used to new cars fast, so that’s not a new thing for me,” Pedersen said. As he continues to progress in his rookie Indy Lights season, Pedersen knows that an NTT INDYCAR SERIES test is not that much further down the road.